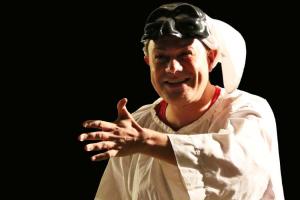 Making for the perfect evening's entertainment in the charming coastal town of Sorrento, Canta Napoli - Opera, Pulcinella and Neapolitan Songs fuses many of the elements that make Italian culture so distinctive. The performance includes a highly skilled pair of operatic vocalists who sing some of the most famous and touching arias drawn from the canon of Italian operas over the years. A stunning soprano singer and a powerful tenor voice render songs which have become world-famous since they were first performed in the opera houses of the Italian peninsula. Arias from operas such as La Traviata, Rigoletto and Tosca are skilfully performed to please the ears of any discerning opera buff as well as general music fans.

In addition to the aforementioned operatic works, the show includes a number of musical pieces which draw from the traditional music of the nearby city of Naples. Neapolitan singing remains a popular form of music on the Amalfi Coast and elsewhere in Italy. The vocalists perform several much-loved Neapolitan songs, such as ‘O Solo Mio’ and ‘Funiculì Funiculà’, to name but two. The singers are accompanied by other skilled musicians who play the mandolin, the violin, the cello and the piano throughout.

As well as the music, Pulcinella – the famous character from the commedia dell'arte of the 17th century – puts in an appearance. With a name that roughly translates as 'rooster' in English, Pulcinella is usually seen with a mask that gives him a beak-like nose and is associated with Neapolitan folk traditions that go back even further than his links with the commedia dell'arte. The character is most frequently depicted by a mime artist, but during the evening performance of Canta Napoli he provides poem recitals and vocal talents to go with the music.

Canta Napoli - Opera, Pulcinella and Neapolitan Songs is staged at the splendid neoclassical Villa Fiorentino. Constructed in the 1930s to an American style of architecture, the villa is located in some remarkable gardens, worthy of a visit in their own right. With such a great setting plus excellent cultural entertainment lasting around 90 minutes, this is an evening not to be missed!