Baroque and Opera, I Musici Veneziani 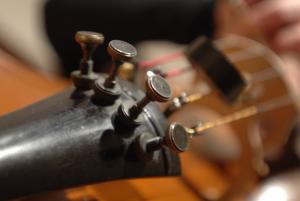 Baroque was one of the most productive and exciting periods in classical music, and it arguably does not get the attention it deserves. It was a time of great invention and innovation when inspired composers’ imagination slowly chipped away at established dogma, and wonderful new genres were born. I Musici Veneziani present a celebration of this formative period with their concert Baroque and Opera at Scuola Grande di San Teodoro in Venice. With a programme that honours the era’s contribution to classical music’s further development and a roster of beloved Italian opera arias, the performance recreates the splendour of La Serenissima, the old Venetian Republic, with period costumes to make the experience complete. Join the orchestra and singers for a memorable trip through musical history.

The evening opens with ‘Symphony in D-Major’ by Domenico Cimarosa, a celebrated composer of the second half of the 18th century who made his mark with lively and engaging melodies and comic operas that were said to rival Gioachino Rossini’s. I Musici Veneziani will make sure audiences get to make the comparison – famous numbers from Rossini’s own signature opera The Barber of Seville also feature prominently on the programme. Wolfgang Amadeus Mozart also makes a strong appearance with arias and duets from The Marriage of Figaro and Don Giovanni. The famous barcarole from The Tales of Hoffmann by Jacques Offenbach also lets the orchestra show their skill.

Baroque and Opera’s second act focuses exclusively on the 19th century with a host of interludes, arias, and duets from the two grand masters of Italian opera: Giuseppe Verdi and Giacomo Puccini. Beloved melodies from La Bohème, La Traviata, Tosca, Rigoletto, and Gianni Schicchi will bring smiles to the faces and tug at the heart strings. Thanks to the beautiful setting and I Musici Veneziani’s orchestra and soloists, the classical concert in authentic historical costumes feels truly transporting.